“O, she doth teach the torches to burn bright!” said Romeo of his Juliet in the Shakespearean play. That dazzling beauty was certainly on display when Make Me Bridal hair and makeup pro, Rebecca Haines, teamed up with a group of local talents to create a theatrical take on modern wedding design at the famed Royal Shakespeare Theatre in Stratford-upon-Avon. The lucky crew were given free rein in the Prop and Costume Store, and decided on a theme of ‘Romeo and Juliet – with an edge’. To contrast with the bold styling, spaces with bare plywood walls and foil covered ducts were chosen as a backdrop, as well as the huge bronze doors of the scenery dock. The styled shoot offers a peek behind the scenes at a truly unique wedding venue, as well as a playful interpretation of a classic love story. It was also featured on Magpie Wedding.

Two looks were created for the bride. Both used a flawless base of NARS primer and Smashbox foundation. For the first, paired with an off-the-peg wedding dress from ASOS and fuschia heels, Rebecca opted for smoky eyes and a soft, natural pink lip. MAC eyeshadows in green and gold were chosen for their amazing pigments, which really stand out on camera. This is a bold but extremely wearable combination for any bride, especially paired as it was with a simple low bun, for a beautifully elegant overall look.

For the second outfit, the bride wore a pink ra-ra skirt with a sheer top, hired from the RSC Costume Store. Rebecca opted to really embrace the theatricality of this look. She kept the greens and golds on the eyes, but amped up the pink lip, making it brighter, with just a hint of gloss. This beautifully complemented the stronger colours used in the bouquet. For the hair, Rebecca wanted to create something a little different but still flattering, and used extra hair pieces to style a curly Mohawk that worked perfectly with the overall look.

The gents weren’t left out either! Rebecca opted for a ‘new romantic’ look to complement suits worn by her pair of Romeos. Soft curls were allowed to peek out from their hats, while a bit of ‘guyliner’ and a beauty mark were the perfect finishing touches. As Rebecca says: “Anything goes when getting married at the theatre!”

Rebecca Haines is a highly qualified and much-sought-after makeup artist and hair stylist, who works in the fashion and photographic industry as well as creating beautiful looks for her brides. Based in Worcestershire, Rebecca works both nationally and internationally, You can see her profile here. 
Looking for a bridal hair/makeup artist?

Save time searching with our free service. Fill out your wedding day details on the form below and discover the artists you might never have found. 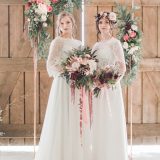 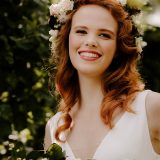 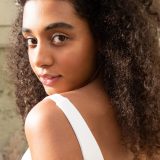 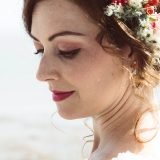 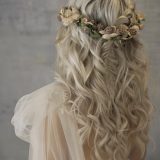 Articles in other Categories 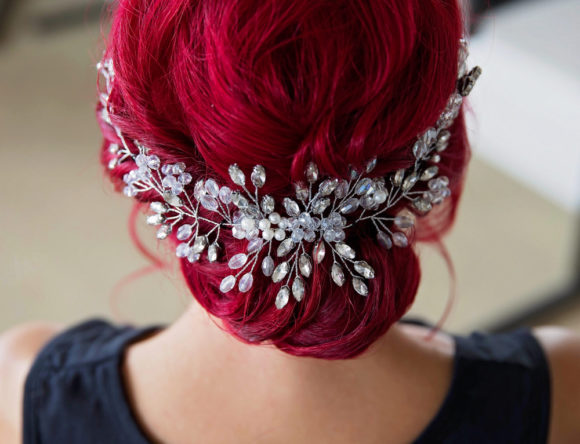 Do or Dye: 10 Wedding Hair Colour Tips for Brides

Ten top wedding hair colour tips for brides to help you get gorgeous, vibrant colour on your big day... 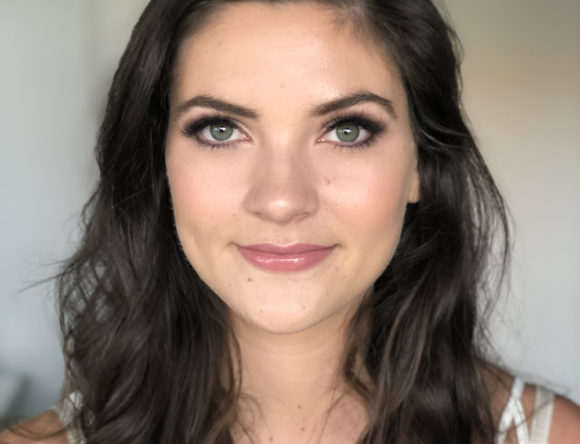 Follow these bridal makeup tips to make your green eyes really stand out on your wedding day! 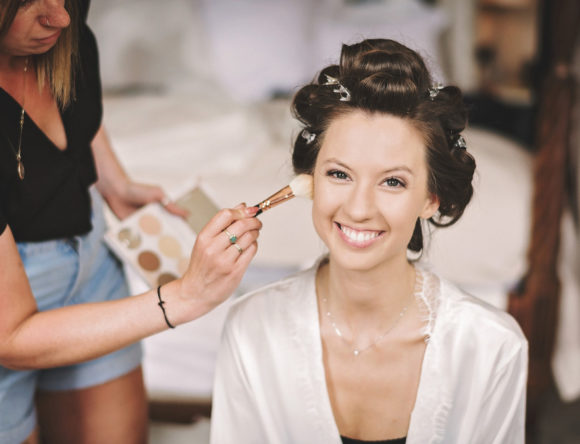 Important Questions to Ask at Your Bridal Hair & Makeup Trial

Asking the right questions at your bridal hair and makeup trial will help you the best results and e...

Worried about bridal breakouts? Here are 10 ways to prevent stress-induced acne on your wedding day. 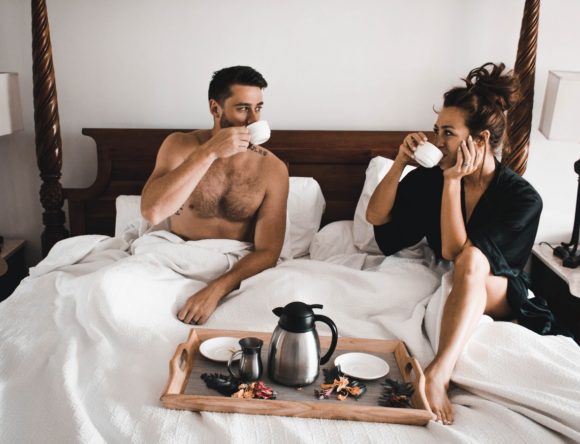 How to Make a Staycation Honeymoon Extra Special

Many UK couples are choosing a staycation honeymoon in 2021. Here’s how to make it extra special and... 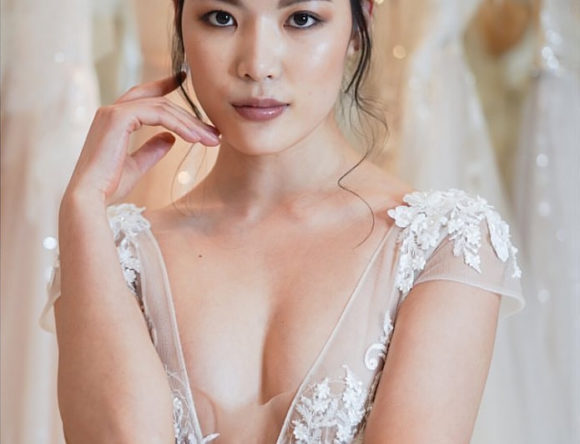 How to Rock the Bridal Headband Trend

Headbands are the accessory for 2021 weddings. Here’s how to wear the bridal headband trend on your... 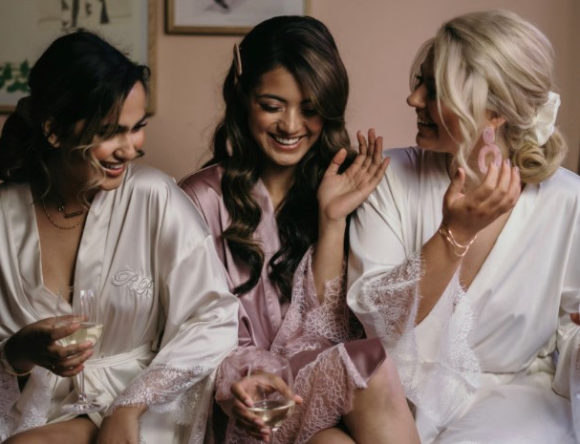 What to Put in Your Wedding Day Emergency Kit

What should you put in your wedding day emergency kit? Here are the 60 items you need to cover all t... 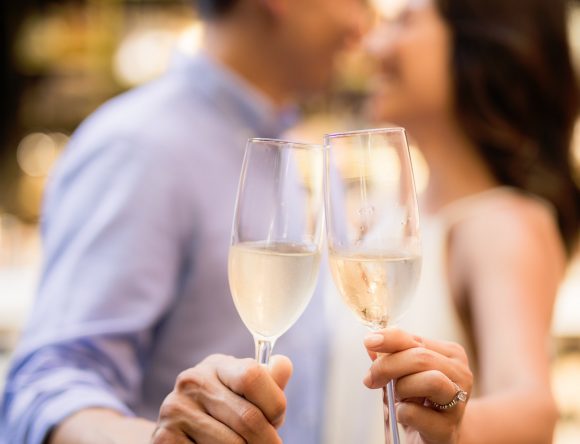 There’s more than one way to celebrate your engagement! 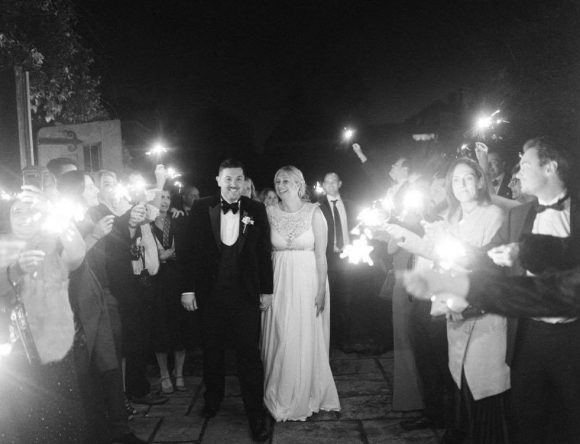 Natural bridal makeup and an elegant updo with snowflake crystal details for this Christmassy winter... 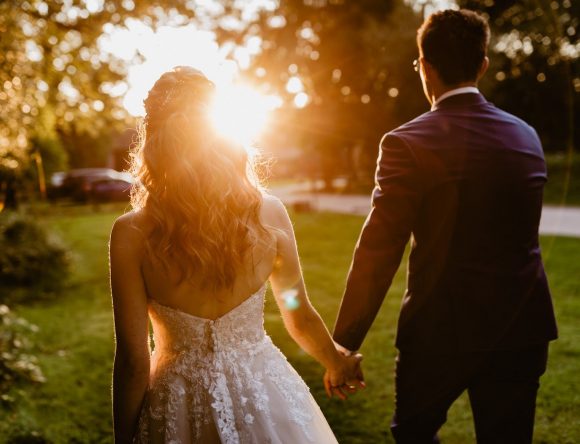 Natural makeup and a half up half down bridal hairstyle with relaxed beachy waves for this classic E... 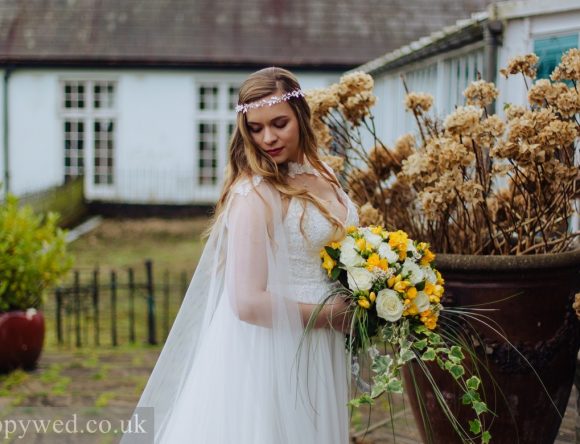 Long loose waves and natural makeup for a boho luxe winter wedding in a castle in Wales. 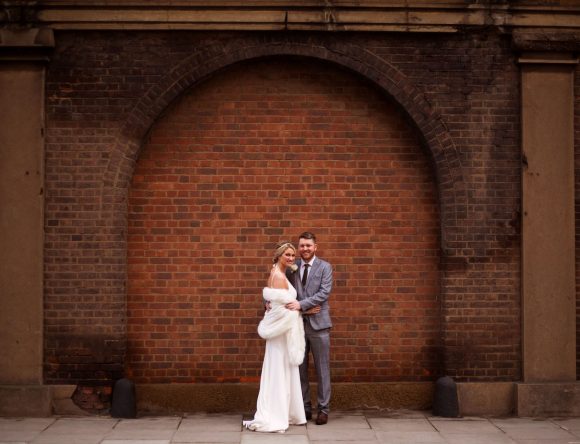 A chic low bun for a glamorous Chelsea Old Town Hall register office bride, by Make Me Bridal pro Be...